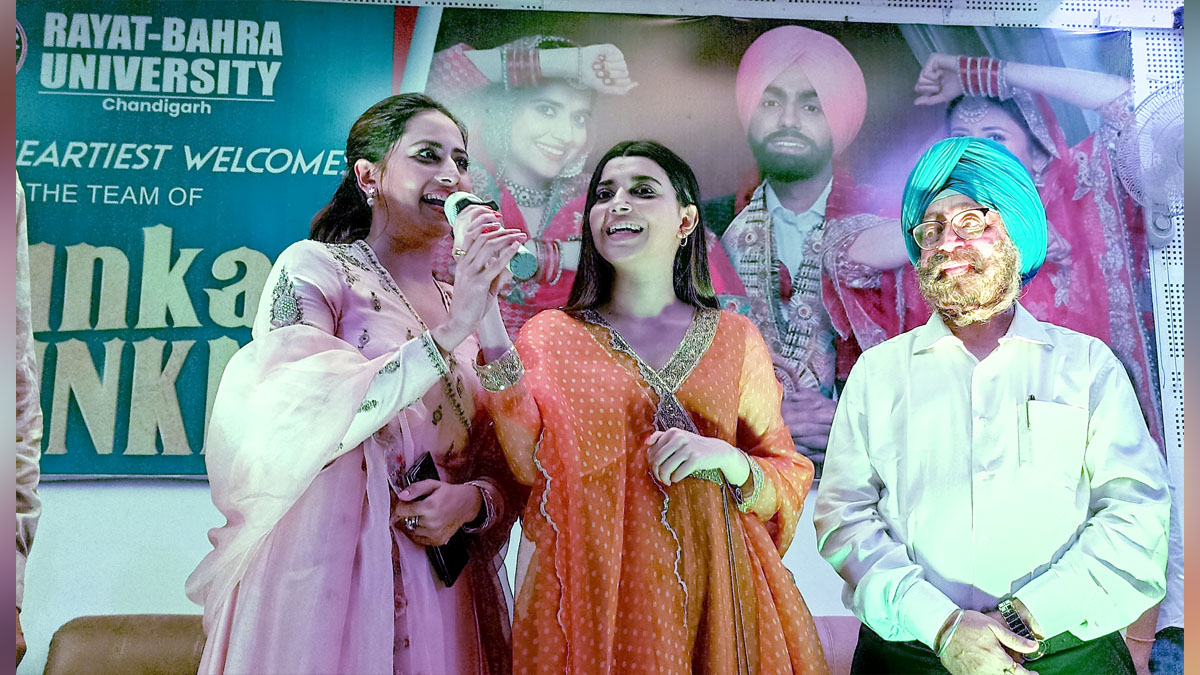 S. A. S Nagar (Mohali) : It was a fun-filled evening for the students of the Rayat Bahra University as they watched performances by the star cast of Saunkan Saunkne, a Punjabi movie starring Ammy Virk, Sargun Mehta and Nimrat Khaira. It is a comedy drama directed by Amarjit Singh and features some of the famous Indo-Punjabi celebrities. Sargun Mehta said that the entire star cast had worked very hard in making this film. Sargun Mehta and Nimrat Khaira danced to some of the hit numbers of the film.

The students danced in gay abandon as their favourite stars performed. Actress Sargun Mehta said she was very excited to share the screen with Ammy once again. She said that she had a lot of fun while working with Nimrat Khaira. She expressed hope that the audience will love the film ‘Saunkan Saunkne’. On their arrival at the university campus, they were accorded an affectionate welcome by Gurvinder Singh Bahra, Chancellor of the university and Dr parvinder singh vice chancellor Rayat Bahra University.