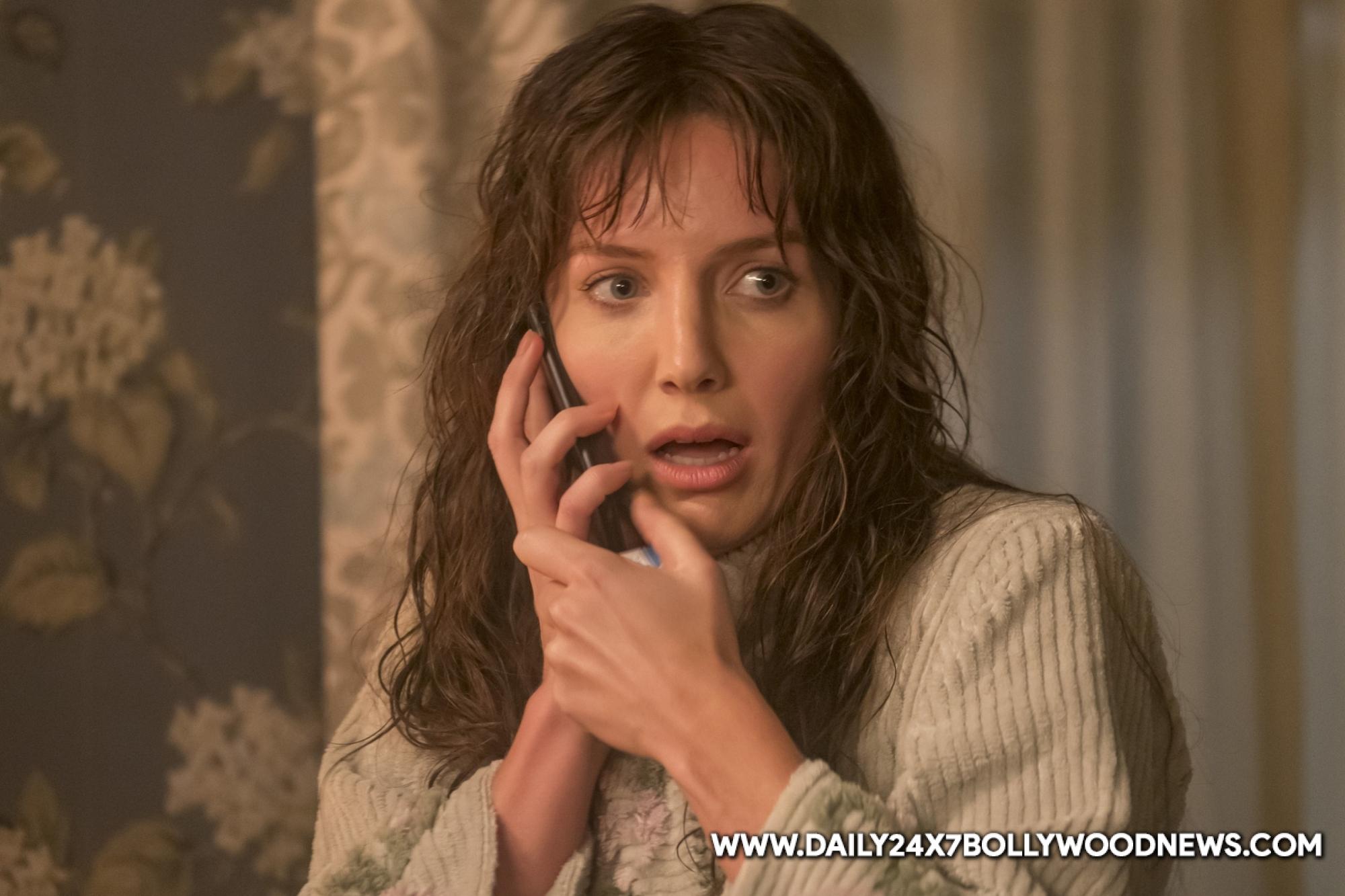 New York : Coming from Director James Wan, creator of the ‘Saw’, ‘Insidious’ and ‘Conjuring’ franchises, ‘Malignant’ is no different, texturally.The film begins on a very dramatic note in a gloomy hospital where a doctor is summoned to calm her violent patient who is locked in a room. The doctor resorts to using a gun to calm her unseen-patient after which she declares in a gritty tone, “It is time we cut out the cancer”. This is the prologue that sets the tone of the film.The narrative then follows Annabelle Wallis who we had earlier seen as the protagonist of the first ‘Annabelle’ which was released in 2014, this time she embodies Madison, a very tortured character on various fronts.Now pregnant for the third time after having suffered two traumatic miscarriages, she is physically pushed by her abusive husband during a domestic fight. The push causes her to bang her head on the wall and she bleeds.

The trauma caused makes her experience terrifying visions which result in her turning violent.After the death of her husband, the police suspect Madison of being unstable in mind and of being a killer, while she confesses to her sister (Maddie Hasson) that a malevolent spirit has been communicating with her and that these horrifying events are somehow related to her childhood.While the first two acts navigate a convoluted path the third act with a brilliantly choreographed but outrageously frenzy action sequence thrown into the horror trope, simply answers all the enigmas posed throughout the plot.Also, like in most horror films, the characters are complex and are endowed with disturbing nuances and are performed in a very perfunctory manner.Assembled with a demonic entity and paranormal events including a grotesque-looking murderer armed with his characteristic stabbing weapon, the film is a collage of suggestive pieces. These images seemingly imperfect are captivating with dreamy imagery and gruesome kills. They almost appear as if they have been recycled for the occasion from Director James Wan’s previous works to give life to a film that looks surprisingly different and new.But what matters, are the moments of scares and tension, so, while the film is astutely mounted with excellent production values, camera work, sound design and art direction, the scare factor is sorely missing.

Vaani Kapoor eager for all her films to come out