‘Tuck Jagadish’ is my return gift to fans : Nani 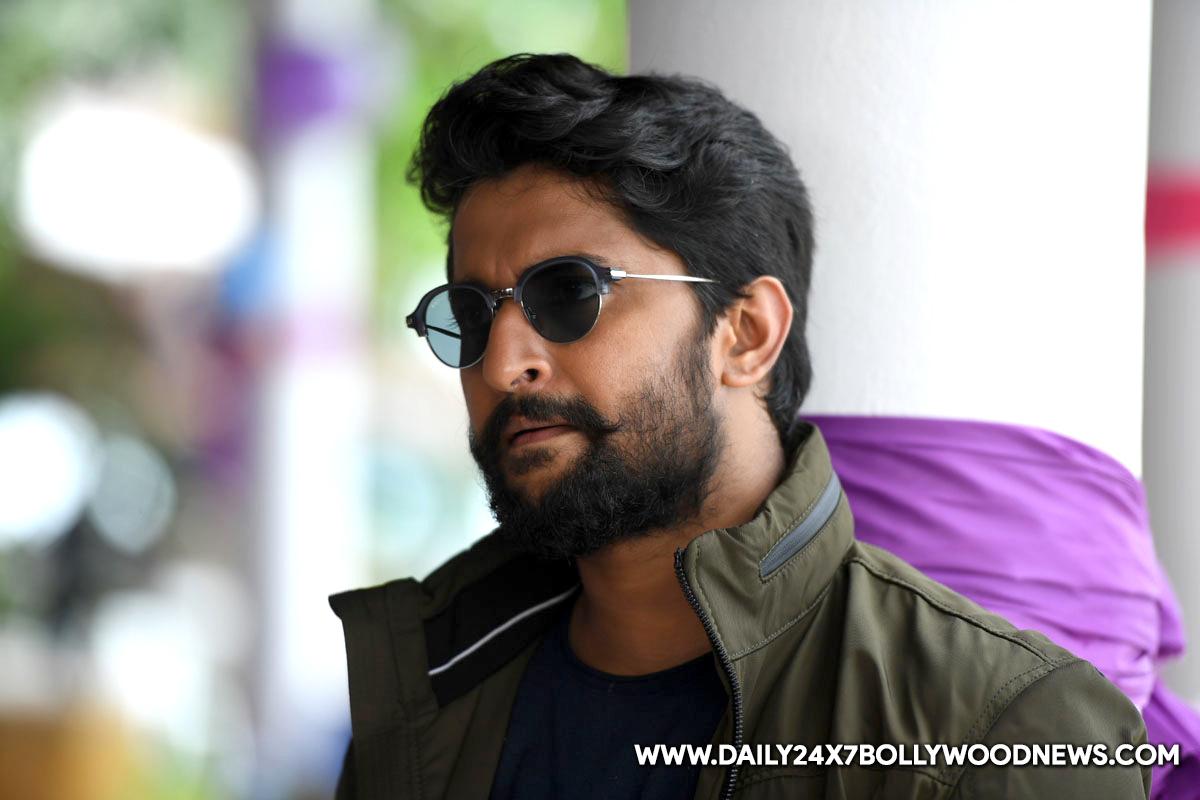 Hyderabad : Leading Tollywood actor Nani believes that ‘Tuck Jagadish’, releasing on Amazon Prime Video on September 10, will be his return gift to family audiences who always showered him with love and support.One of the most sought after actors in the industry and the one who is described as a natural actor, he is excited over the output of the film directed by Shiva Nirvana, whose debut movie ‘Ninnu Kori’ with Nani was a blockbuster.In an interview to IANS, the actor spoke about his expectations from the movie, the experience of shooting during the pandemic and the reasons for OTT release.
On expectations from ‘Tuck Jagadish’
We are very excited. The film has come out very well. It’s going to directly come on Amazon because the situation outside is not clear. This is the best way we could reach out to the audience. There are lot of expectations and people are waiting to watch the film. I am completely confident that this film will deliver what it promised. Shiva has made a very beautiful Telugu family film. It’s going to release on Vinayak Chauthi. For all families to sit at home on festival day and watch a film which was made for families, I think it’s a perfect combination.

On ‘Tuck Jagadish’ comparison with his earlier movies
This is very different from what I have done before because this is first time I am doing something which includes a huge family. I have only acted in films where I have minute family or a boy who doesn’t have anybody and then all kinds of roles but this is first time I am playing a guy who belongs to a family of 20-30 people. It’s a huge family. From the beginning of my career I have this love and support of family audiences. I really feel this is my gratitude towards them. This is my return gift for them, something that they will all enjoy.
On title ‘Tuck Jagadish’
In that village we are showing in the film, he is the only one who always tucks in. Jagadish is very common name. He is called ‘Tuck Jagadish’ because of his identity in that village. We have explained in the second half why he always tucks in.
Shooting during the pandemic
It was quite challenging like for everybody else. Everybody is going through lot of changes in their shooting atmosphere because of corona, the fear and situation. It’s definitely not like before. We don’t feel the same like we used to. Everything has changed for the entire world. It’s different but we are getting accustomed to it.

On OTT platform
This is my second film on OTT. Last year ‘V’ was released on Amazon on September 5 and exactly one year later we are releasing ‘Tuck Jagadish’. First of all, I was very happy because there were no theatres and we could not reach lot of people. Even now when theatres have not opened in lot of states, Amazon is giving us a chance to reach all audiences across the globe. In 240-plus countries we are reaching millions and millions of people in comfort of their homes. In situation like this, it’s a brilliant opportunity. When things get back to normal and all theatres reopen we will have same relationship of having a theatrical release.Even with theatrical release we will not have that kind of access. With theatrical release we will have access to around 10 countries. We have prime markets US, Australia, Singapore, Malaysia. These are only countries that have theaters which play Indian films. We regularly access them. Places which do not have theaters and don’t play Indian films will get to see the move on first day. The moment ‘Tuck Jagadish’ is up everybody will have access. Every Telugu or every Indian who wants to watch will have access wherever in the world they are.

Reason for releasing ‘Tuck Jagadish’ on OTT
Because of the situation. Theaters haven’t opened up completely. There are big stakes involved. ‘Tuck Jagadish’ is very solid budget film. In this kind of situation with 50 per cent occupancy, curfew for night shows and all happening around us and in USA which is very substantial market for Telugu audiences there are high number of cases right now. Taking everything into consideration we decided to have OTT release.I am hoping things to settle in. Any filmmaker, any technician or actor all want to see on big screen with audience.
On his next movies
My next movie is ‘Shyam Singha Roy’. We have done with shoot and currently post production is happening. We are looking for November-December release in theaters. I am right now shooting for ‘Ante Sundaraniki’ which will release early next year. This will also release in theaters. I am really hoping things will get normal very soon.I have two films under production which I am producing and both are at 70 per cent shoot.

Vikkas on ‘BB16’ eviction: ‘It was difficult to stay with other…