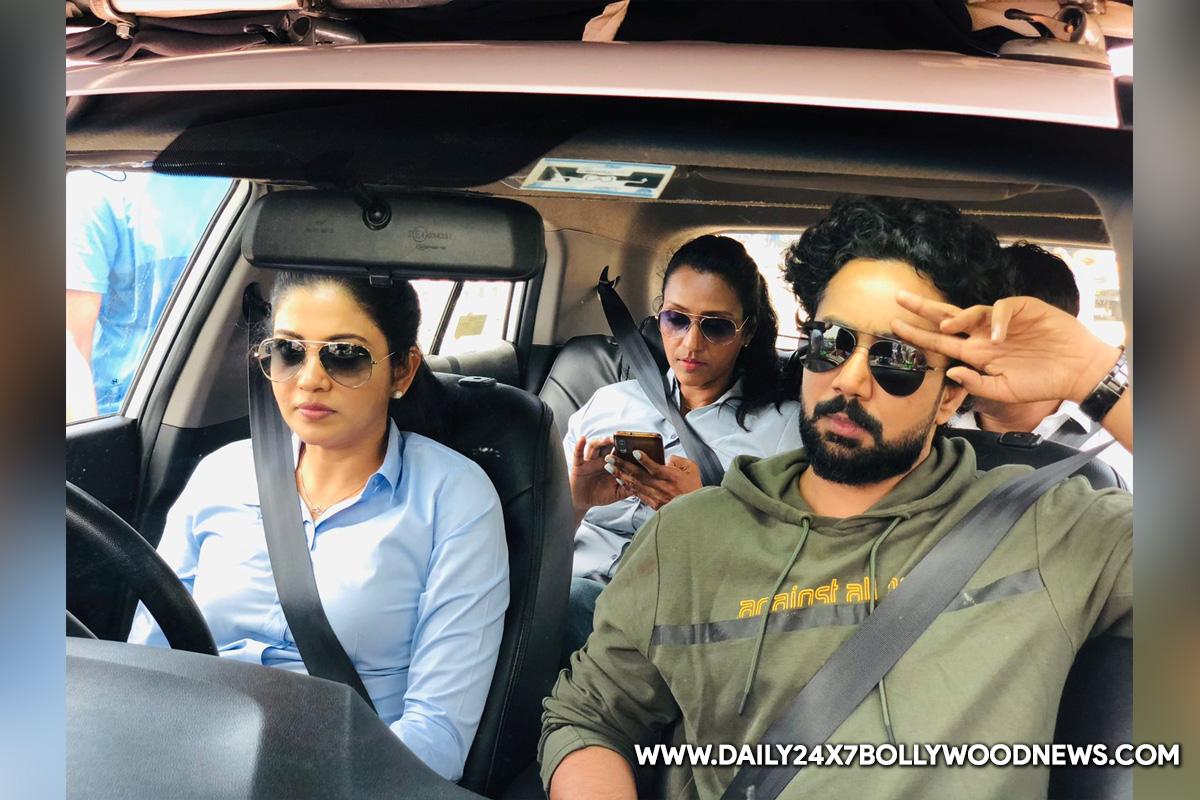 Chennai : The title and first look of Tamil movie ‘Idumbankaari’, were launched on Friday. Tipped to be an investigative thriller, the movie is directed by debutant Arul Ajit, and has Shivadha Nair and Ramya Pandiyan in lead roles.Producer C.V. Kumar of Thirukumaran Entertainment, known for bankrolling films that give importance to script, has joined forces with politician and entrepreneur B.T. Arasakumar of BTK Films for this movie.Anupama Kumar, ‘Neya Naana’ fame Gopinath, director Veluprabakaran, Arun and Jothi will be essaying key roles in ‘Idumbankaari’.

The cinematography is by Ameen, music by Arunraj of ‘Thadam’ fame and editing is by Iganatious Aswin.The final phase of shooting is currently underway and it is expected to conclude in a few days, the producers said.Post-production works will be speeded up and the film will hit the screens soon, a senior team member added.

Show Preview : Deepika Padukone gets candid with Big B on the hot seat of ‘KBC 13’