The crime-psychotic-thriller “Criminal,” from Big Daddy Films, will be released worldwide on September 23rd 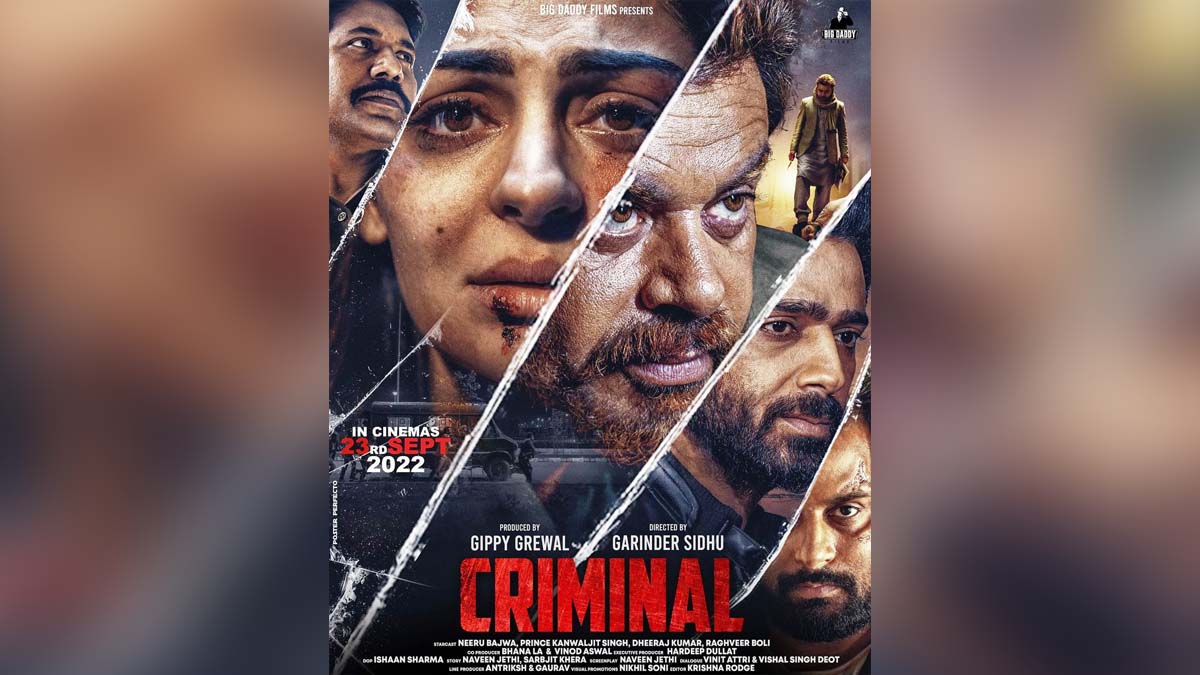 Chadigarh : Following the success of Humble Motion Pictures, Gippy Grewal is going, to begin with, his new production house Big Daddy Films by sharing the trailer of its first film ‘Criminal’ directed by Grinder Sidhu under the banner, to be released on 23rd September 2022.

Moreover, with the release of this movie, Humble Motion Pictures advances in the field of distribution.The film has been co-produced by Bhana LA and Vinod Aswal and co-written by Naveen Jethi and Sarbjit Khera.

The title Criminal gives a clue as to the genre this movie, starring Neeru Bajwa, Prince Kanwaljit Singh, Dheeraj Kumar, and Raghveer Boli, will be focusing on. Given that the movie’s trailer has been released, it would be fair to state that the movie goes beyond what is considered ideal cinema.

A psychological-suspenseful-thriller that amplifies every element of an action film, the film is a psychological thriller.Beyond this, the lead cast’s very distinct appearances and personalities are what really shift the game; Neeru Bajwa, whose gorgeous and endearing personality is a prominent component, is perceived as a brave and strong character.

Additionally, the film’s other actors, Prince Kanwaljit Singh, Dheeraj Kumar, and Raghveer Boli, all depict their enigmatic and psychotic parts with equal ease and brilliance.

Gippy Grewal claims, in expressing his joy at the new beginnings of Big daddy Films, “With a new movie, these are fresh starts this time for which I anticipate having a tonne of support and trust from my audience.

Like Humble Motion Pictures, Big Daddy Films will continuously introduce a fresh narrative with a fresh theme to the public. So, on September 23rd, the movie Criminal will be released. I hope everyone enjoys and loves it.”

‘Get ready to be blown away’: Darshan Kumaar on ‘Dhokha – Round D Corner’