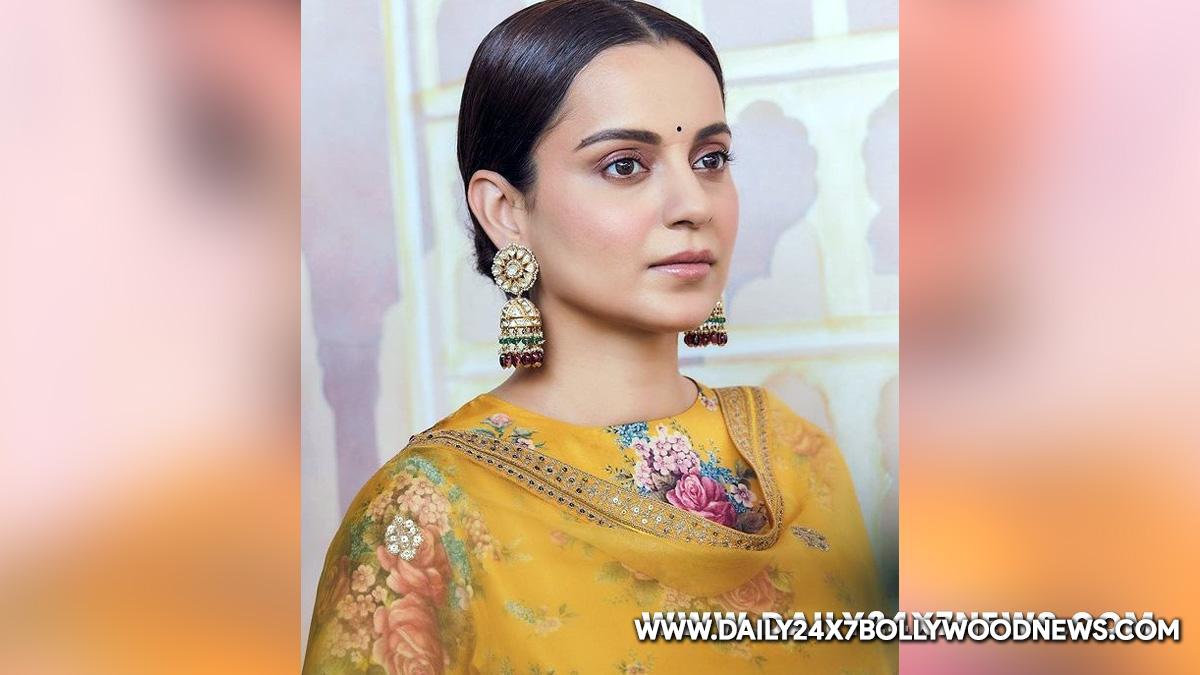 Mumbai : Known for speaking her mind, actress Kangana Ranaut on Wednesday took to her social media to praise “rich and successful” leading Bollywood actresses for “breaking stereotypes” by marrying younger men.Her note comes during the much-talked about wedding of Hindi film stars Vicky Kaushal and Katrina Kaif.Kangana on Wednesday morning wrote a note on her Instagram stories praising Bollywood actresses.

She wrote: “Growing up, we heard many stories of successful rich men marrying much younger women… For women to be more successful than their husband was seen as a major crisis, forget marrying a younger man after a certain age, marriage was impossible for women.”Kangana added: “Nice to see rich and successful women, leading ladies of Indian film industry breaking the sexist norms….Kudos to men and women both for redefining gender stereotype.”Katrina Kaif, who is 38, is five years elder to Vicky. The two lovebirds are set to marry in Rajasthan on December 9.