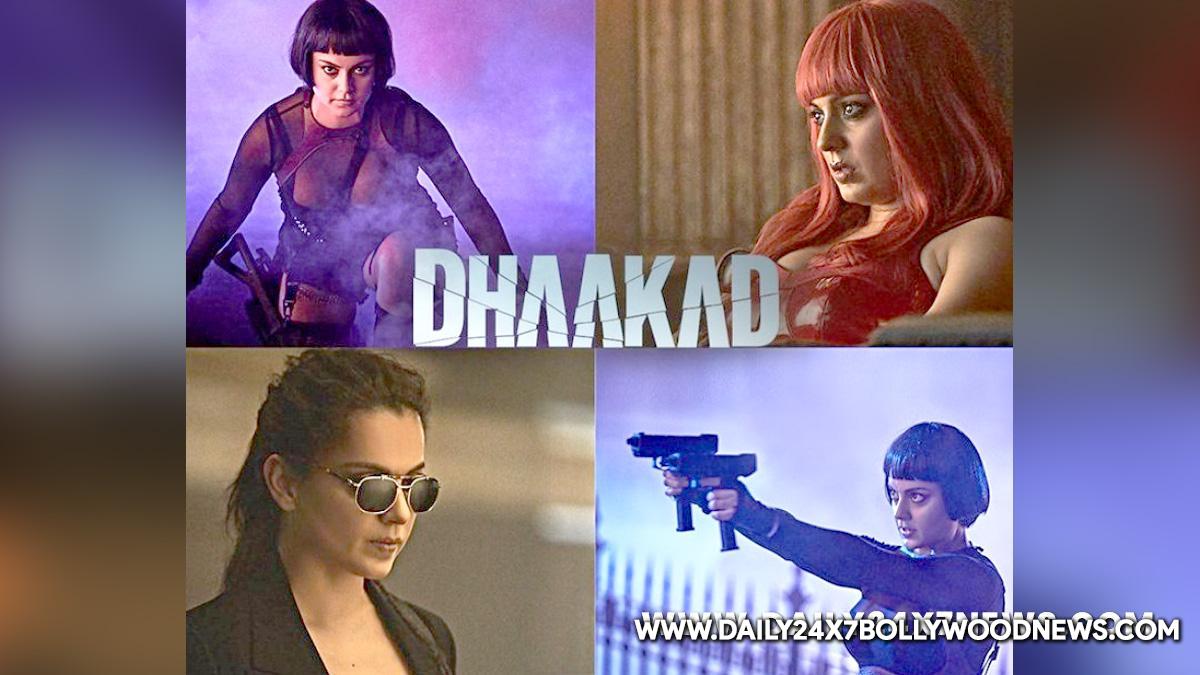 Mumbai : ‘Thalaivi’ is still alive in public memory and expectations are high from ‘Tejas’, Kangana Ranaut’s upcoming film on a woman pilot in the Indian Air Force, but there’s no stopping the actress. She has announced on social media that her action-packed spy thriller, ‘Dhaakad’, is releasing on April 8, 2022.Fans have been eagerly awaiting the film since last January, when the first posters from it surfaced online. To announce ‘Dhaakad’, Kangana took to Instagram to share a symmetrical collage of her four looks from the film as she gave a sneak peek into the world of ‘Dhaakad’ and what to expect from the action flick.

Kangana captioned the image with this description of her character: “She is fierce, feisty and fearless. #AgentAgni is all geared up to set the big screen on fire. Bringing to you the action spy thriller #Dhaakad that will hit theatres on 8th April 2022!”