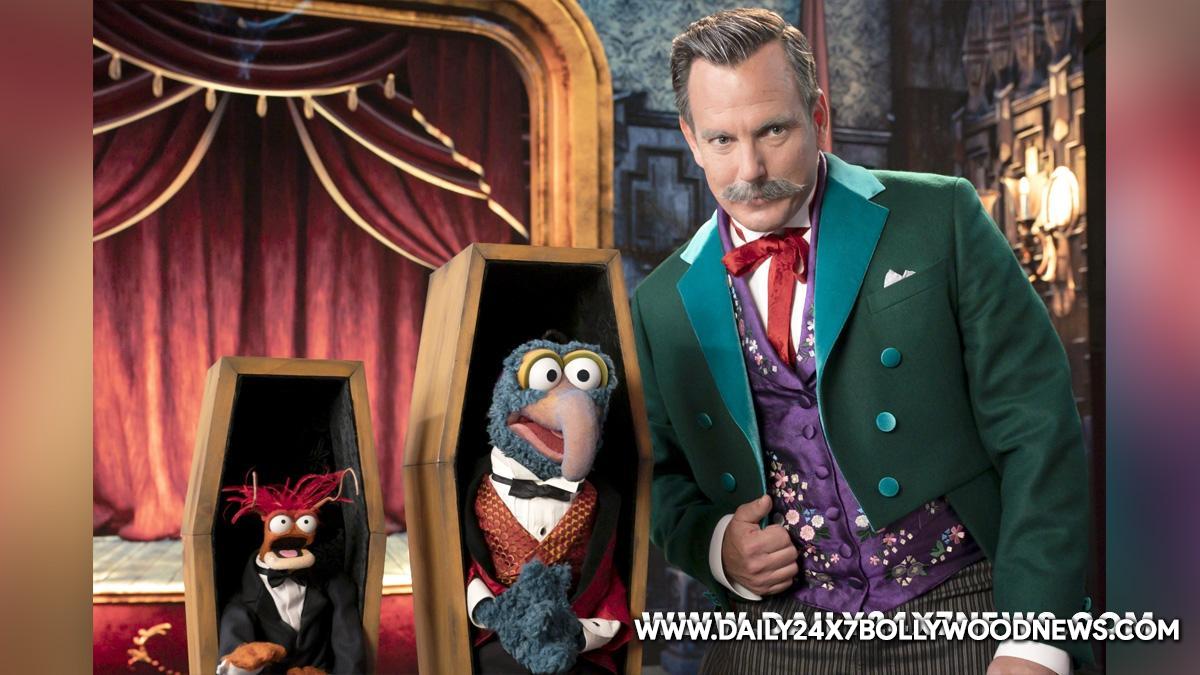 Mumbai : ‘Muppets Haunted Mansion’ is Disney’s Halloween special. With its vibrant, energetic pace, glowing ghost imagery, brilliant humour and fluid narrative, it is a visual treat for both young and old.The Muppets, created by puppeteer Jim Henson in 1955, are an ensemble cast of puppet characters known for their absurdist, burlesque and self-referential style of variety-sketch comedy.This film includes most of the Muppet characters, but the stars clearly are Gonzo, the hooked-nosed dare-devil, and Pepe the King Prawn, whose full name is Pepino Rodrigo Serrano Gonzales — he speaks with a heavy Spanish accent and gets offended if anyone calls him a shrimp.Gonzo (David Goelz) and Pepe the King Prawn (Bill Barretta) decide to skip the Muppet Halloween party to attend the Halloween Challenge. The challenge is to spend one night in the Haunted Mansion. If they don’t survive the night in the mansion, they’d have to stay there forever.Gonzo is excited to spend the night at the mansion because the house belonged to the magician, The Great MacGuffin, who disappeared 100 years ago, and also because he is constantly seeking out death-defying experiences to bolster his title of ‘Gonzo the Great’.

On the other hand, Pepe, the name-dropping socialite, is excited because he would get to party with celebrities.They are forewarned by the ‘Ghost Host’ (William Arnett), “Within these walls are your fears and your frights, face them all bravely to survive through the night.”The setup is pretty ghoulish, with mirrors, smokescreens, and animatronics, the entry room stretches, the portraits change, and the room has no doors or windows. During their tour in the Mansion, Pepe meets and nearly lands up at the altar with the six-time widow Constance Hatchaway (Taraji P. Henson), who is now seeking out a new bridegroom.Several celebs such as the late Ed Asner, Danny Trejo, Yvette Nicole Brown, Chriss Metz and Darren Criss turn up in cameos. They all burst into songs at one point or another, usually twists on familiar tunes.To add credence to the visuals, Director Kirk R. Thatcher has very ably managed to match the stellar voice cast with his characters and they all are charming in their respective roles. To name a few: Matt Vogel lent his voice for Kermit the Frog, David Goelz for Gonzo, Bill Barretta for Pepe, and Eric Jacobsen for Miss Piggy. Overall, the film in its entirety is a horror-musical that feels like a good fun film.