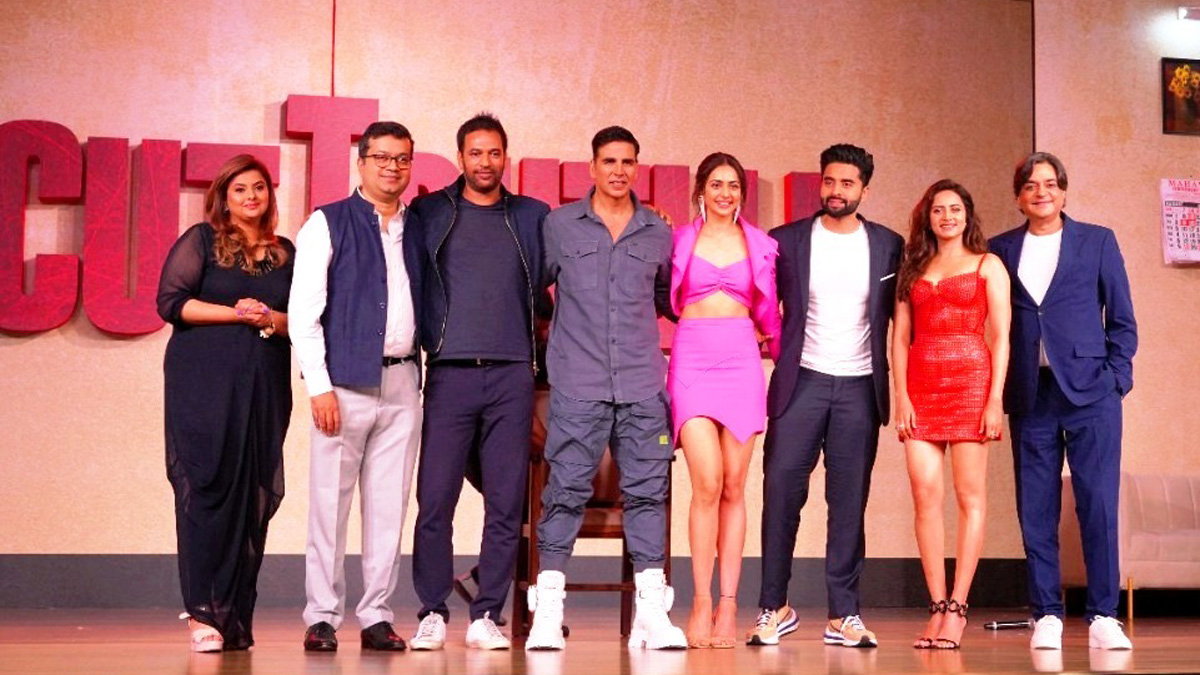 Mumbai : Actor and entrepreneur Jackky Bhagnani slam the reports about film opting for OTT release, due to current market trend.Jackky Bhagnani was interacting with media at the trailer launch of Cuttputlli, an intense thriller starring Akshay Kumar, Rakul Preet Singh, Sargun Mehta, and Chandrachur Singh in the lead roles.

Talking about opting for an OTT release Jackky Bhagnani said, “The film was designed to release on OTT. We were certain from the get-go that this film released digitally. Since, the inception of the film, we knew this is a great genre, and we wanted to put this story out in the best way, and Disney is the best platform for this movie.

There is no confusion about the release, the film was not meant to release in theaters, we had planned and made it for OTT release, we just had to figure out which platform” added Jackky.
Suspense thriller is a popular genre for OTT, Jackky and his team took a gripping and brilliant adaptation of a real-life individual and gave it a cinematic scale, just like Russo Brothers from Hollywood.
When asked about being inspired by Russo Brothers, whose recent OTT release ‘The Gray Man’ was a massive hit, Jackky added, “I would like to add that we all are big fans of Russo Brothers. As students of cinema, we all are huge fans and if could make 10 percent of their work in our lives, we’d consider ourselves fortunate”
The trailer is loaded with power-packed performances and a gripping storyline, this sure looks like Akshay Kumar’s best film this year. Pooja Entertainment is known for backing fresh and entertaining content which resonates with the audience, Cuttputtli is an intense crime thriller based on a real-life serial killer Anatoly Yemelianovich Slivko, a known serial killer from the Soviet Union.
And this real-life thriller is brilliantly adapted for the Indian palate.Produced by Vashu Bhagnani, Deepshikha Deshmukh, and Jackky Bhagnani under the banner of Pooja Entertainment the film will Premiere directly on Disney+Hotstar on 2nd September 2022.

Liger will rock on Aug 25, that’s my guarantee: Vijay Deverakonda