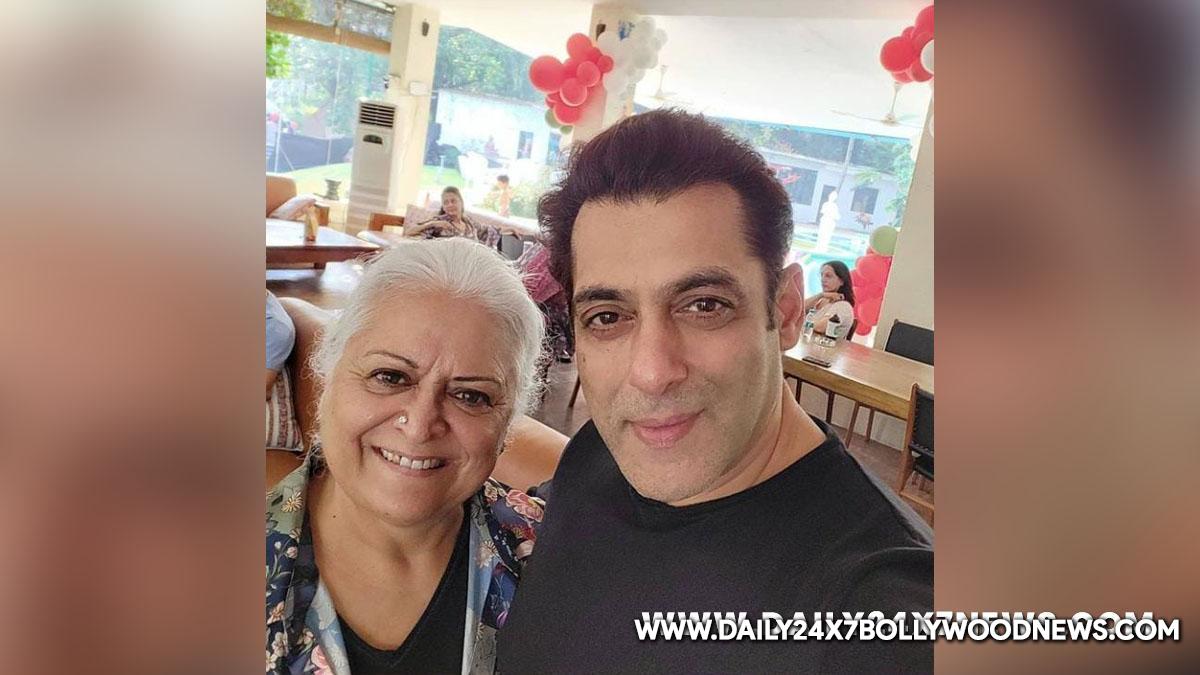 Mumbai : Actress and former Rajasthan Tourism Minister Bina Kak has taken to her social media account to post a picture with superstar Salman Khan. She also wrote a birthday message for him.Bina is said to be close to Salman’s family. She was also offered a role by Salman in his 2005 film ‘Maine Pyaar Kyun Kiya?’. She captioned her picture with Salman: “Birthday tomorrow, all good and cheerful!! happy and healthy, blessed to be surrounded by family, All our blessings for a happy, healthy, long and meaningful life ahead dear Salman.”Many of Salman’s fans who were worried because of the news that he was bitten by a non-venomous snake shared this picture conveying their happiness.One fan re-shared the picture and wrote: “Latest picture of megastar #SalmanKhan…Thank god he’s okay! love him so much” while the other one wrote: “Recent picture of #SalmanKhan from his Farmhouse. He is absolutely fine.”

Salman was bitten by a non-venomous snake at his farmhouse in Panvel. As per the sources, this incident took place on early Sunday morning.After which he was taken to MGM hospital at Kamothe in Navi Mumbai for treatment and was discharged after receiving the treatment. The snake bit his hand but he is fine now.Salman’s birthday is on December 27. So, he was at his farmhouse ahead of his birthday at Panvel, when this mishap took place. He was discharged from hospital at 9 a.m. on December 26. Ths news shocked many of his fans.Salman often celebrates his birthday at Panvel farmhouse and he follows it as a sort of tradition. Maybe he will host a close-knit party. He also shares pictures and videos from his farmhouse.On the work front, in 2022, Salman will be joining Katrina Kaif and continue shooting for ‘Tiger 3’. He will also be doing ‘Kabhi Eid Kabhi Diwali’ with Pooja Hegde and ‘Kick 2’ with Jacqueline Fernandez.

The Grand Launch of ‘Good Wish 9’ New OTT by Aman Verma, along with the announcement…

Why is everyone talking about Bhairavi in Geet Dholi?

‘Adipurush’ teaser out; most precious…

Pavitra Punia talks about playing a witch in…

Playing a sardarji hard for a person not used to a…

Gaurav Khanna on his ‘Anupamaa’…