What’s up with Tisca Chopra? 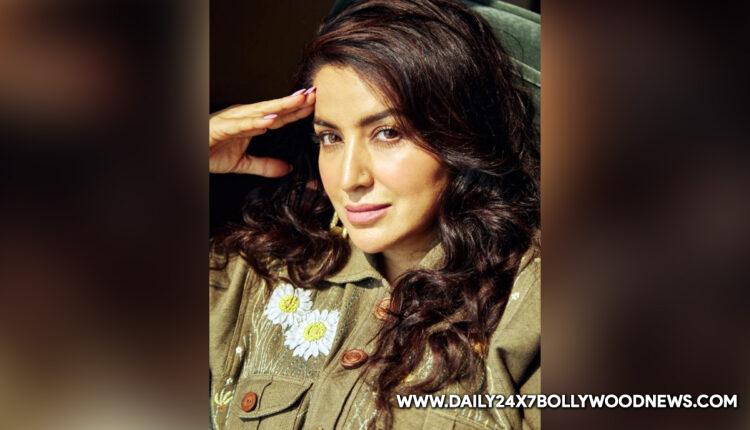 New Delhi : She has just written, directed and produced the short film ‘Rubaru’. She is just back from Rajasthan where she was shooting a web-series for Hot Star. She is collaborating with her husband for writing some web series and developing a script — a crime drama — that which she plans to direct by the end of this year.But that’s not all — actor Tisca Chopra has also written her second book ‘What’s Up With Me’, published by Westland Books. “I just can’t sit still,” she smiles.Calling the book, which is an attempt to demystify mensuration, a ‘lockdown baby’, Chopra recalls, “When Vidhi Bhargava from Westland called and asked me to do the book, I was apprehensive if I would be able to take out the the time. However, I realised that as opposed to the West, not much was available to read about the topic in South-East Asian countries. Shouldn’t we have something where there is a very clear and precise discussion about menstruation? Sadly, it is something everybody is so hush-hush about. And I felt that there is a need for making it a commonplace thing, because it is just basic biology.”Her second book after ‘Acting Smart’, this actor, filmmaker and producer feels that for her the process of writing is akin to her work on screen in many ways. “As an actor, directly or indirectly, I am talking to some people. Some of them whom I can imagine and some who I believe will enjoy this. I am hiding a little something here….will they find it? That is the sort of communication that I feel the people would notice. Most who follow my work are the ones looking for nuance. They find hidden little gems that one puts here and there.And I find that very interesting. I think it comes out of that sense.
Writing is the same thing, but through words. Ultimately, it is about finding a connection.”For someone who is known for her diverse roles, it is the first five minutes of narration that guides her instinct towards signing the dotted line. “Also what matters is the energy of the people who are doing it — are they looking to make a project, or really invested in the story. For me, the story has always been important. It is like, I should want to tell that story. To a large extent, you have to be in love with the idea.”Chopra, who produced and co-wrote the popular short film ‘Chutney’ feels not enough respect is given to the format. “Considering there were many wanting to make a short film with a phone and a camera, it used to be taken very lightly. A couple of films changed that narrative. And ‘Chutney’ was one of those films. It had been made very professionally, with professional actors and shot with a professional camera. To my mind, certain films lend themselves to a shorter format. However, that does not mean that they have to be given less respect.”The actor, who recently finished shooting for a web-series for Hotstar has not taken kindly to the government’s recent decision to regulate OTT platforms.”The move to regulate anything is always a choke-hold on the tellers, on the makers. I am not a big fan of that. Frankly, I have always felt that certification is the way, not censorship. What gives anybody the right to say, ‘We know better what we should see?’ rather than us ourselves. So, that’s a problem for me. It has always been. And it always will be.”Collaborating with her husband, Sanjay Chopra, a pilot with Air India who is also writing a series for Netflix, being produced by Sajid Nadiadwala, she says, “He is writing another one for Voot. And there is another one which is a collaboration with another wonderful producer. I sit with him sometimes. There are times when he calls me and asks – ‘Okay, where should we go with this?’ When I am stuck with a particular script, I ask him. We also write together sometimes.”

My musical journey began with ‘shabads’ in Gurudwaras : Asees Kaur

Shibani Bedi on why being content creator doesn’t guarantee films