Taapsee Pannu shuts up troll over derogatory remark against her 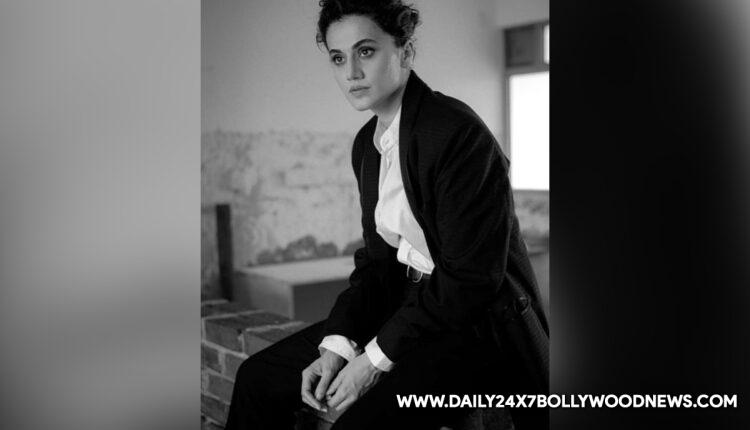 Mumbai : Bollywood actress Taapsee Pannu on Monday shut up a troll calling her “sasti maal”. The abusive tweet was later deleted.It all began with a user requesting actor Sonu Sood for an ambulance equipped with oxygen for Delhi to Gwalior. Taapsee helpfully shared the tweet, writing: “ambulance needed”.However, reacting to the actress’s tweet, a troll asked her to donate her car instead of spreading the word on Twitter. However, the post was derogatory in the language used to address the actress.”Apni car de de punnu… sab kaam twitter per hi karegi… baketi karwa lo iss sasti maal se,” the user wrote in a tweet, which was deleted later.Reacting to the tweet, Taapsee wrote: “Can you please shut up! Like just STFU ! If this is all u wanna say in these times then hold on until this country gets back to breathing normally and then get back to your sh*t ways until then DONT CROWD MY TIMELINE WITH YOUR NONSENSE and let me do what I am doing!”Taapsee has a long line of films coming up. She will be seen in “Rashmi Rocket”, “Looop Lapeta”, “Haseen Dilruba”, and “Dobaara”z. Besides this, she has been busy preparing for “Shabaash Mithu”, based on the life of Indian women’s ODI cricket team captain Mithali Raj. The film has been written by Priya Aven and directed by Rahul Dholakia.