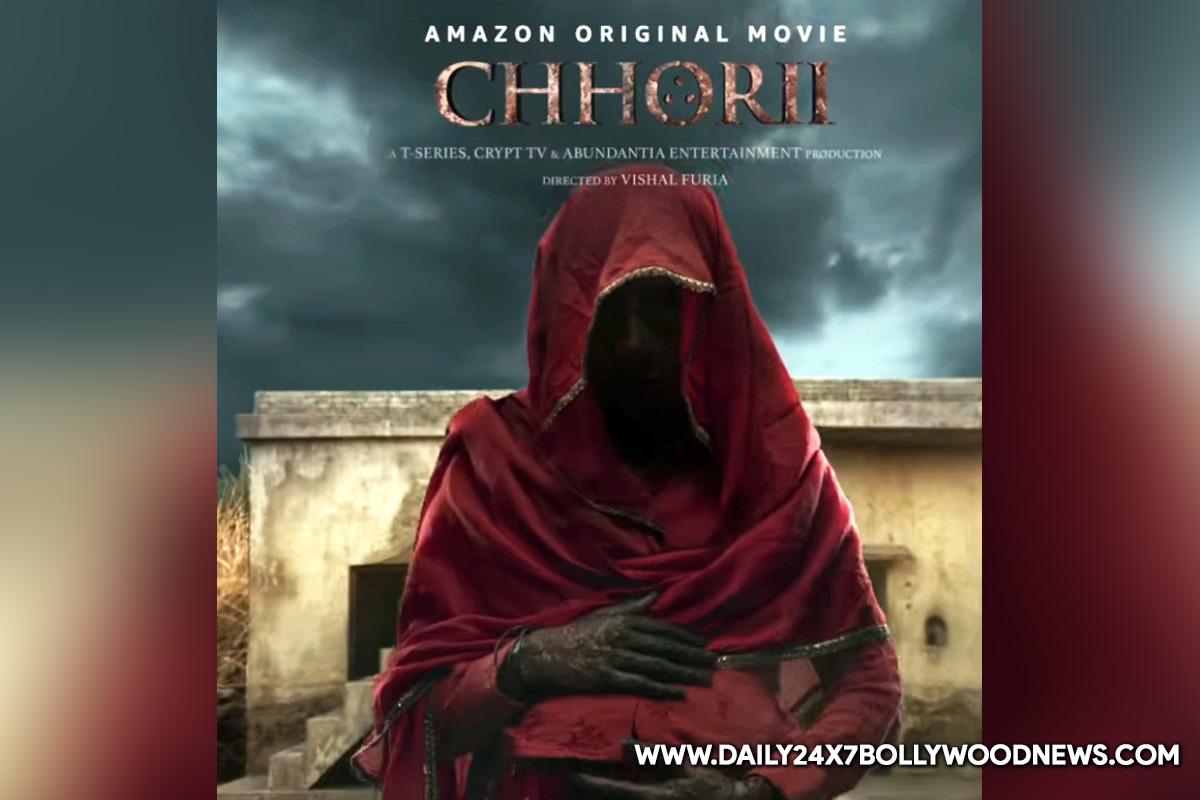 Mumbai : Actress Nushrratt Bharuccha has shared a glimpse of her upcoming horror movie ‘Chhorii’, which will release on Amazon Prime Video.The movie, which is scheduled to release in November, marks Nushrratt’s debut in the horror genre.The teaser shows a ghostly woman clad in a red lehenga holding on to her blooming baby bump.Nushrratt captioned it: “The new face of horror is coming to haunt us!

#ChhoriiOnPrime, this November only on @primevideoin.”Directed by Vishal Furia and produced by T-Series, Crypt TV, and Abundantia Entertainment, the horror movie is a remake of an acclaimed Marathi film ‘Lapachhapi.’Nushrratt made her Bollywood debut in 2009 with ‘Kal Kissne Dekha’. She was later seen in popular films such as ‘Pyaar Ka Punchnama’, ‘Sonu Ke Titu Ki Sweety’, ‘Dream Girl’ and ‘Chhalaang’.