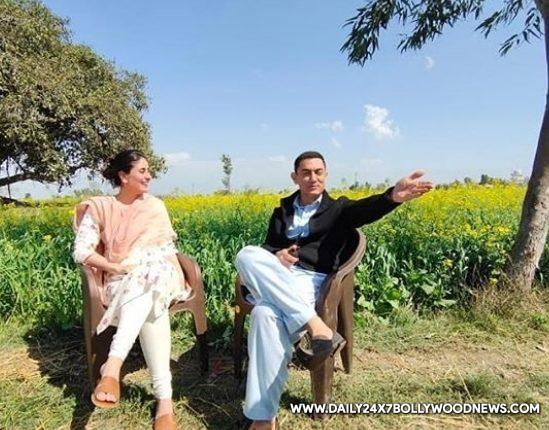 New Delhi : Actress Kareena Kapoor, who is expecting her second child with husband, actor Saif Ali Khan, has completed shooting for the upcoming film, Laal Singh Chaddha.Kareena was in the Capital over the past month to wrap up her portions in the film, and she finished shooting on Wednesday.The actress shared a picture along with the crew and another with the film’s hero, Aamir Khan, on Instagram Stories.”And all journeys must come to an end. Today, I wrapped my film Laal Singh Chaddha… tough times… the pandemic, my pregnancy, nervousness but absolutely nothing could stop the passion with which we shot, with all safety measures of course,” she wrote as caption.She thanked Aamir, who also produces the film, and director Advait Chand for the journey.”Thank you @_aamirkhan [email protected] for an intense yet poignant journey… thank you to my most wonderful team @avancontractor,@teasemakeup,@makeupbypompy,@poonamdamania and the entire crew… @nainas89 you were missed. Till we cross paths again,” she wrote.”Laal Singh Chaddha” is the Hindi remake of Robert Zemeckis’ 1994 Hollywood film “Forrest Gump” starring Tom Hanks, which won multiple Oscars.

Sonam Kapoor is ‘intrigued’ when history and horror come together