Kangana Ranaut trolled for comparing herself to SRK 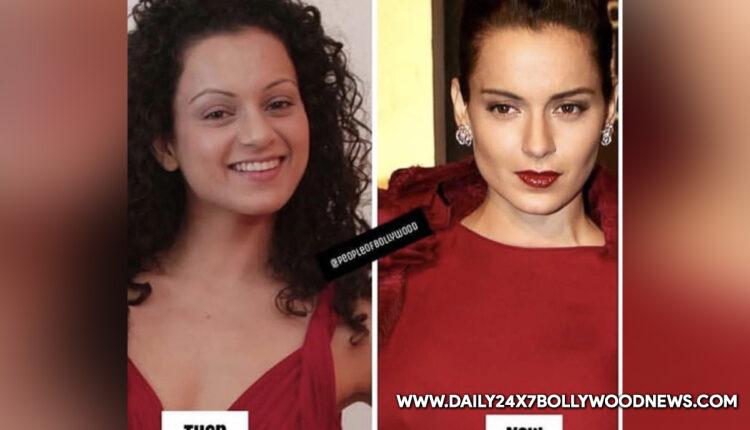 Mumbai : Bollywood actress Kangana Ranaut completed 15 years in Bollywood on Wednesday. However, she was trolled when she drew comparisons with superstar Shah Rukh Khan. Kangana, who made her Bollywood debut in 2006 with Anurag Basu’s “Gangster”, tagged herself and Shah Rukh as the “biggest success stories ever” on Twitter.What drew flak from neizens was her assertion that while “SRK was from Delhi, convent educated and his parents were involved in films”, she came from a “remote village” in Himachal Pradesh, “did not know a single word of English” and had “no education”.She tweeted: “15 years ago Gangster released today, Shahrukh Khan ji and mine are the biggest success stories ever but SRK was from Delhi, convent educated and his parents were involved in films, I did not know a single word of English, no education, came from a remote village of HP and 1/2.””Every step was a battle starting with my own father and grandfather, who made my life miserable, and yet 15 years later after so much success still every day is a fight for survival but totally worth it, thank you everyone.”The trolling began soon after she posted the tweet.”You don’t even deserve taking ur name in a same flow with shah rukh khan,” wrote a user.Another wrote: “Kuch bhi.. Shahrukh touched the sky. Your success story goes from ground to ceiling fan and then full speed in the dustbin. Sanghi, you didn’t study because you wanted fame at any cost. Like now. Jobless and hopeless, but the urge for fame is making you write crap on twitter.”Others pointed at her observation that SRK’s parents were involved in films.”Never heard of it. Till now he was called an outsider. Maybe she wants the outsider tag reserved for herself,” wrote a user.One simply questioned: “SRK parents are involved in films but ye to batao ki kya karte the unke papa canteen chalate the theatre main aona ghar chalane ke liye and SRK parents never seen his success bcz they died jab srk young tha bohot his story is next level inspiring (tell me what did his father do? Run the canteen… His parents never saw his success because they died when her was young… his story is next level inspiring).”

‘The O.C.’ reboot would be awesome : Rachel Bilson

Priyamani Raj plays chef in ‘His Storyy’ but can’t boil an egg!