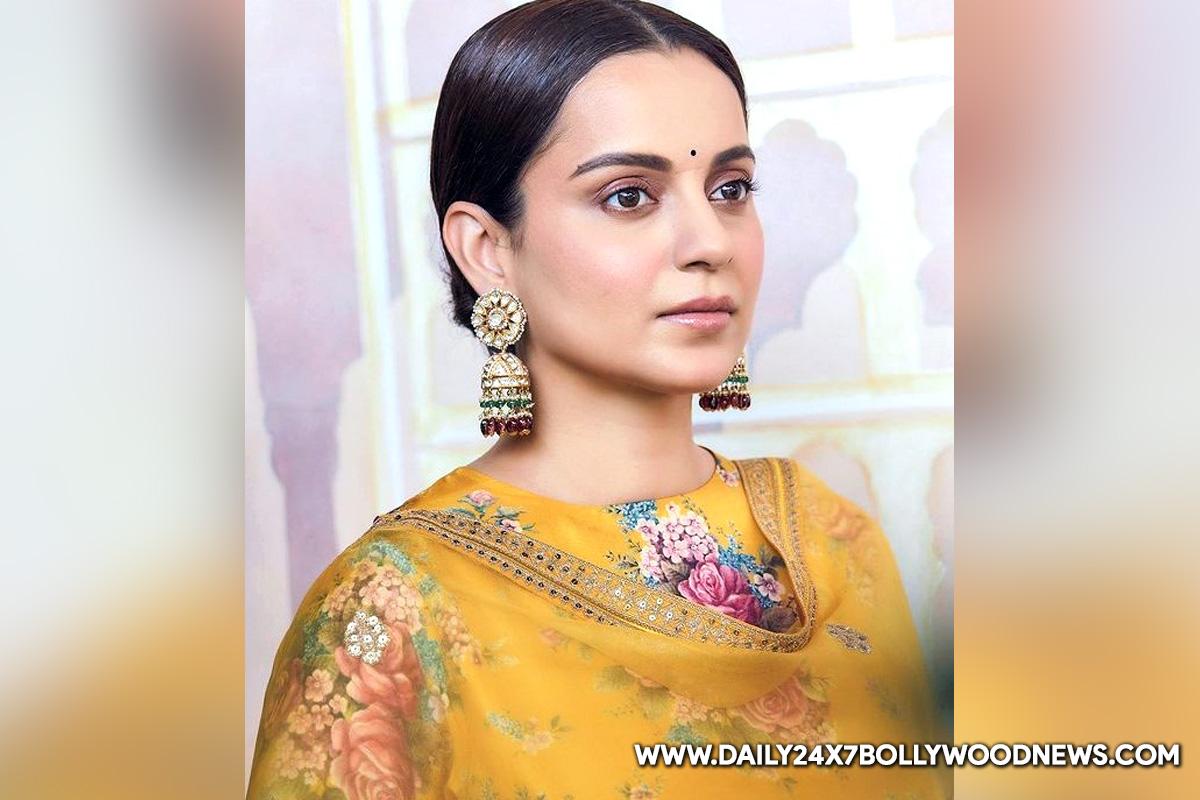 Mumbai : National Award-winning actress Kangana Ranaut, who portrays the iconic politician J. Jayalalithaa in the trilingual biopic titled ‘Thalaivii’, says that even though she is a patriot, she has no immediate plan to join politics.Kangana was in conversation with radio jockey Raunac for his new YouTube show, #13raJawabNahi.During the conversation, while asked if she has any ambition to join politics, Kangana said, “I currently have no such plans. I strongly believe that without working on the ground level one cannot win even a Gram Panchayat election. People can see through you and understand ingenuity. For entering politics, one needs to make genuine investments in people. If people wish, I can think about it.

If you see, long after she’s gone people still love Jaya Maa as she connected with the masses and helped them in all ways possible.”Continuing the conversation, Kangana also mentioned that she has paid a heavy price for speaking like a patriot. While answering one of Raunac’s questions she said “I have lost many contracts because I speak towards nation-building, the loss of these contracts meant losing out on revenue. However, I chose my country over money. I have a very simple approach to life and don’t have two faces.”The show was released on YouTube on Sunday morning.’Thalaivii’ is directed by A.L. Vijay, based on the life journey of the late Chief Minister of Tamil Nadu J. Jayalalithaa, also features Arvind Swami.