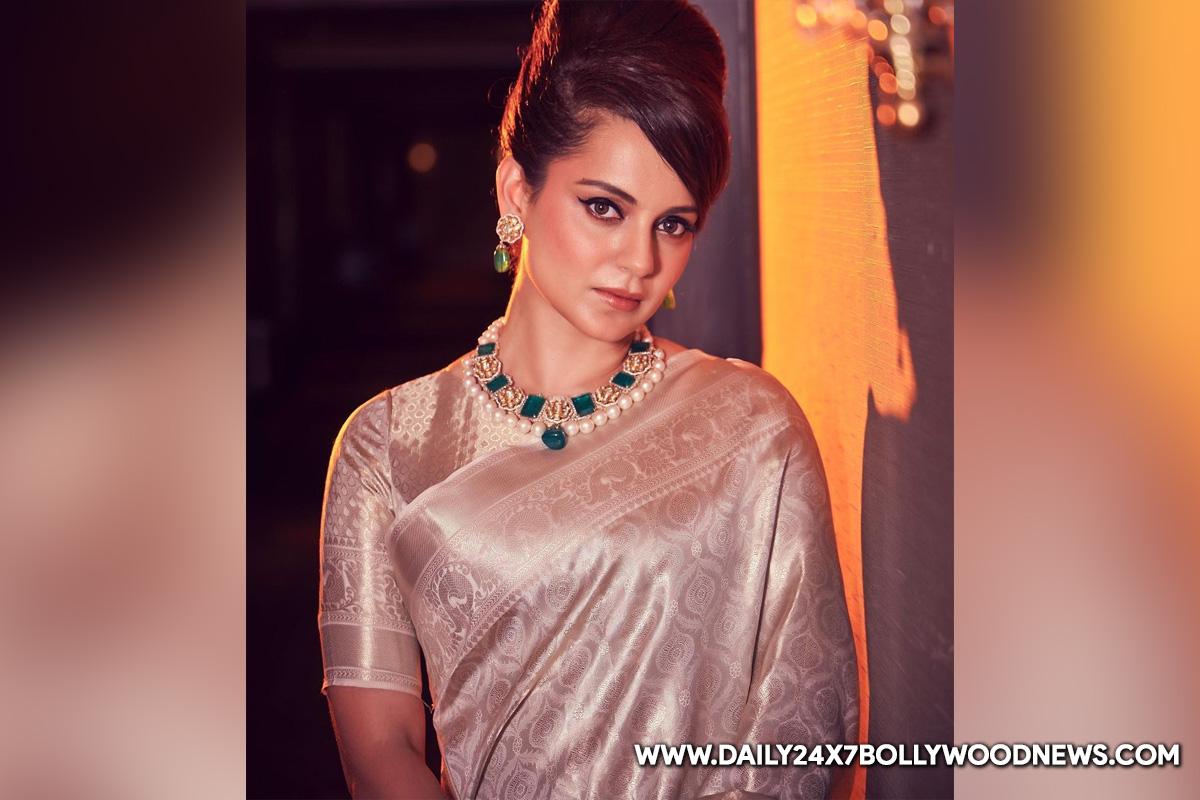 Mumbai : Actress Kangana Ranaut has praised multiplex chains for screening the Telugu and Tamil version of her upcoming film ‘Thalaivii’. She calls it a ray of hope.After hearing the news, Kangana, who had earlier taken to Instagram to request the multiplex owners for ‘Thalaivii’s’ screening, said she was moved by the decision and penned a long note.She wrote: “PVR’s decision to screen the Tamil and Telugu versions of the film is a ray of hope for Team Thalaivii as well as all those cinegoers who are waiting to rush back to their favourite multiplex chain for a cinematic experience. I am personally moved by the kind words used for me and Team Thalaivii.”The actress hopes that the Hindi version of the film, based on the life of late Tamil Nadu Chief Minister and former actress J. Jayalalithaa, gets to see the light of day.”And I hope with talks, and a passion for the theatrical experience, we can come together to find a solution so that the Hindi version can also find love and appreciation on the big screen @pvrcinemas_official – Lots of Love, Kangana.”

A statement on behalf of Kamal Gianchandani, CEO, PVR Pictures Ltd, Chief of Strategy, PVR Limited read: “We are thankful to ‘Thalaivii’ team for offering a 4 week theatrical window for its Tamil and Telugu language versions. We are delighted to be able to play ‘Thalaivii’ in Tamil and Telugu language at our cinemas, however, we are disappointed that for the Hindi language version, ‘Thalaivii’ team has decided to offer only a 2 week window.”We would like to appeal to Ms Kangana Ranaut, Mr Vishnu Induri & Mr. Shailesh Singh to keep a uniform window of 4 weeks across all language versions and therefore allow all cinemas across the country to showcase ‘Thalaivii’ to audiences, on the big screen.”The statement further read: “Considering the severe impact of the ongoing pandemic on our business, PVR cinemas has already agreed to reduce the 8 week theatrical window to 4 weeks, for all films releasing in the near future.”This is a temporary step by PVR cinemas to assist our producer partners in realizing full commercial potential of their films, while keeping the sanctity of theatrical experience, intact.”The film, which will be released in Hindi, Tamil and Telugu, is based on the life of the late Jayalalithaa.’Thalaivii’ showcases the varied aspects of her life, tracing her journey as an actress at a young age to becoming the face of Tamil cinema as well as the rise of the revolutionary leader that changed the course of Tamil Nadu politics.It is set to release in cinemas on September 10.