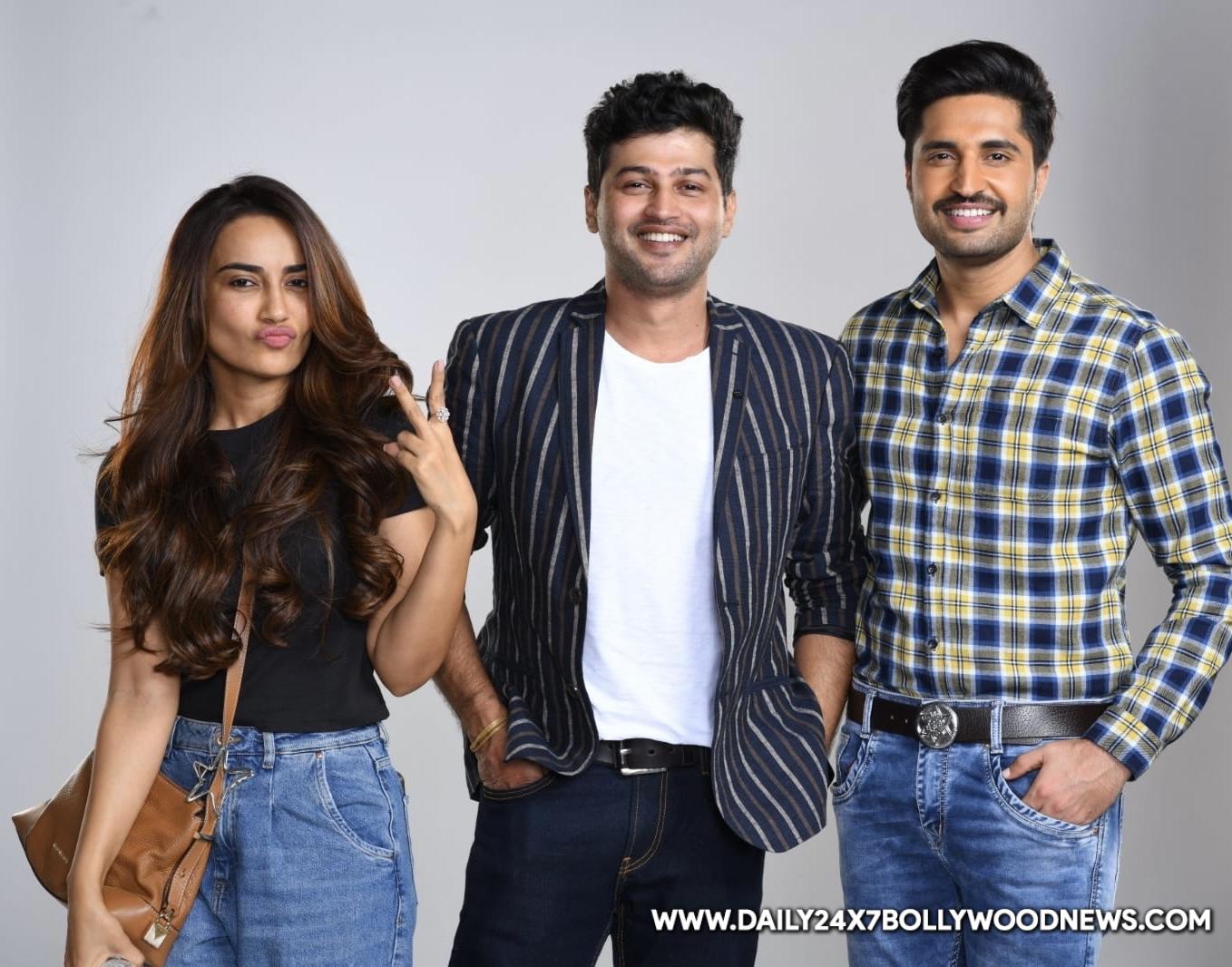 Mumbai : Set in the small town of Bareilly, this fictional film is a curious tale, based on true events. Well, at the beginning of 2016, social media was flooded with images of a few currency notes marked with a note in blue ink, “Sonam Gupta ‘bewafa hai’ (Sonam Gupta is unfaithful).” The tone of the message clearly denoted the voice of a jilted lover, but the film is not just another revenge saga.The film helmed by Jassie Gill who plays Sintu the ditched lover, is the pampered son of his middle-class parents (Atul Srivastav and Vibha Chibber). He is a little laid back when it comes to his ambition and routine. Despite being twenty-eight years old and twelfth passed, his mother fascinates him marrying a fair, rich, smart and fabulous girl.Unbeknownst to his mother, Sintu starts dating Sonam Gupta (Surbhi Jyoti) a collegian from his locality. The only daughter of her parents (Rajendra Kala and Neelu Kohli), Sonam is a smart and conniving lass, who cons Sintu into believing that she loves him too. And feigning that her parents would not accept his proposal, she cajoles Sintu to elope with her. Predictably, at the appointed hour she does not show up, making Sintu believe that she is unfaithful.

How he copes with life, forms the crux of the tale.While Sintu’s character is rounded and well-etched, Sonam’s is poorly written and one-dimensional. Also, the plot moving on an even keel, lacks dramatic moments. The inciting moments too are low key and lacklustre. But nevertheless, punning on the word, “big” the film smoothly and boldly navigates a male-sensitive topic probably rarely seen in Hindi Cinema, where it is used in a derogatory manner.While, both Jassie Gill and Surbhi Jyothi enact their parts with conviction, it is the actors in supporting roles who steal the show. The quizzical cum bewildered expression on Mr. Gupta’s face doubting his own daughter’s intentions to marry Sintu, when he tells him, is worth mentioningVijay Raaz in a flat role as the money lender Sanjeev Naagral, is unimpressive and Surekha Sikri as the Sintu’s Dadi is wasted.On the directorial front, there are a few jerky moments in the film and visually too, it suffers from continuity issues.Overall, the film despite its shortcomings is a film, that grows on you.