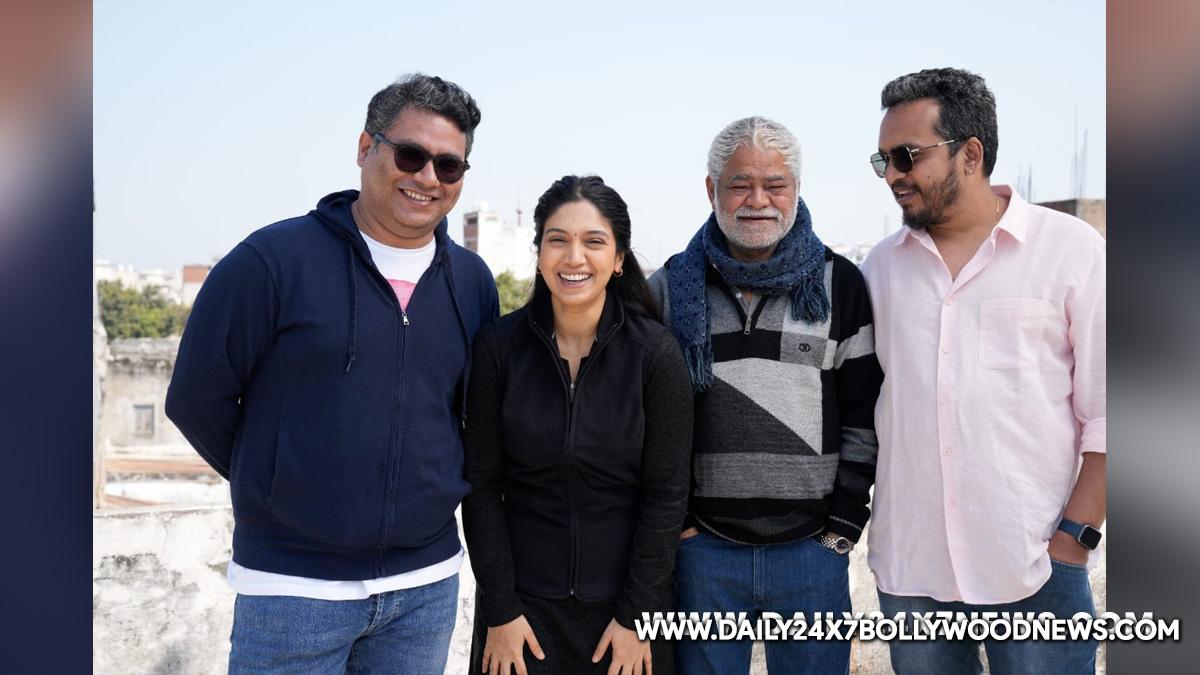 Bhakshak wraps its shoot in Bihar

I’ve always relied on my instincts to choose…

Mumbai : The shoot of ‘Bhakshak’ starring Bhumi Pednekar was recently wrapped up in Lucknow after a single schedule that spanned 39 days.The film, said to be inspired by true events, finds its physical setting in the state of Bihar and presents the ground reality of crimes against women.It presents a tale of a daunting woman’s pursuit for justice and her perseverance in bringing a heinous crime to light. Bhumi will be seen portraying the role of a journalist in the film, who quickly realizes the consequences, threats and intimidation she may face as she uncovers a story.

In addition, the film also stars Sanjay Mishra, Aditya Srivastava and Sai Tamhankar in key roles. Co-written by Pulkit and Jyotsana Nath, ‘Bhakshak’ has been directed by Pulkit who has earlier directed the biographical web series ‘Bose: Dead or Alive’ starring Bhumi’s ‘Badhaai Do’ co-star Rajkummar Rao.Produced by Gauri Khan and Gaurav Verma, ‘Bhakshak’ is a Red Chillies Entertainment production.