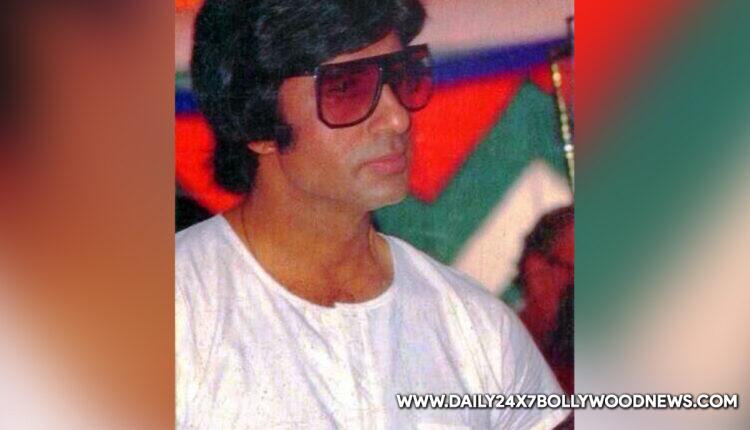 Mumbai : Amitabh Bachchan went down memory lane to recall how he had nearly half a dozen releases the same year, in the seventies. He shared a throwback picture from his younger days along with his post, dressed in a white T-shirt and is sporting big chunky retro sunglasses.”The 1970’S .. and the years when films did 50 weeks and 100 weeks .. and 6-7 Of them being released in the same year .. DON , KASME VAADE, TRISHUL, MUQADDAR KA SIKANDAR, GANGA KI SAUGANDH etc and all doing more than 50 weeks .. now OTT millions make success graphs,” he wrote as caption with the Instagram post he shared on Wednesday night.The Bollywood veteran recently announced he would be starring in the Hindi remake of the 2015 Hollywood hit “The Intern”, starring Robert De Niro and Anne Hathaway.Also starring Deepika Padukone, the film is directed by Amit Ravindernath Sharma, who helmed the 2018 comedy hit “Badhaai Ho”. The Hollywood hit was directed by Nancy Meyers.