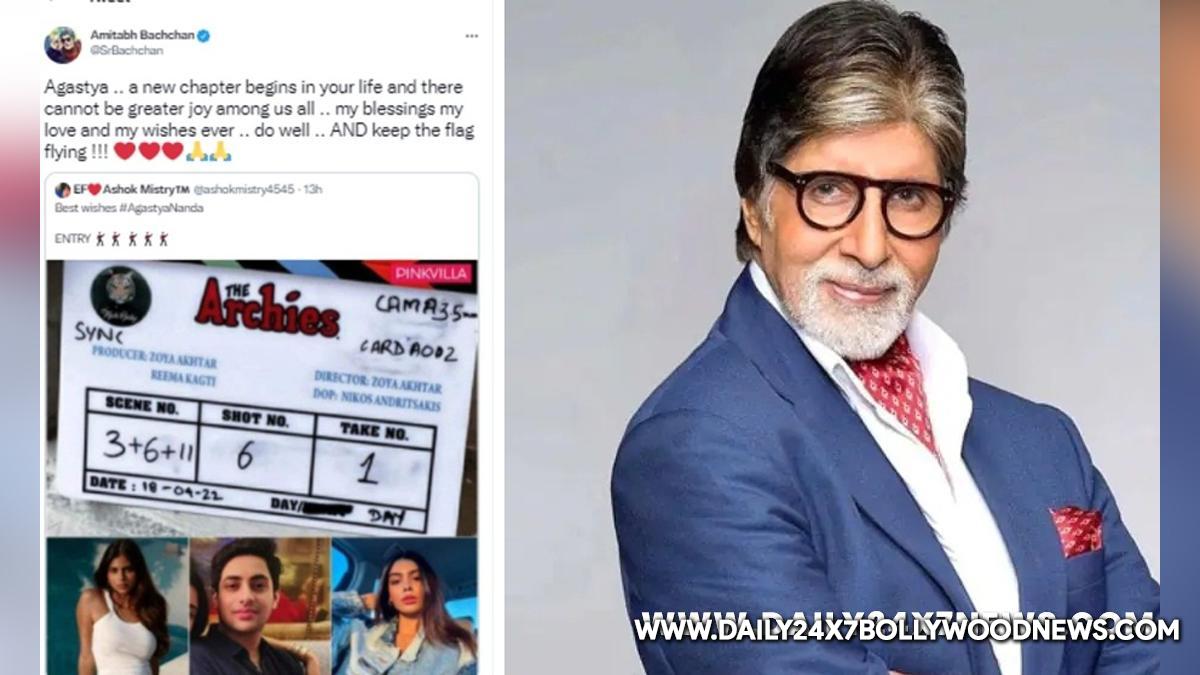 Mumbai : Bollywood megastar Amitabh Bachchan confirmed the news of his grandson Agastya Nanda making his feature film debut with the Zoya Akhtar directorial ‘The Archies’.The legend penned a tweet putting all speculations to rest. However, he deleted his tweet moments laterThe domino effect started with producer-director Reema Kagti sharing a picture of the clapboard from the sets of her and Zoya’s production ‘The Archies’ with the details of the first scene. The original font of the comics has been used in the title.Sharing the picture, Reema wrote, “Archie’s #shootstarts #TigerBaby’s first solo production #partnerincrime @zoieakhtar @Netflix.”

‘The Archies’: Amitabh Bachchan is…

Amitabh Bachchan is the most liked actor among…

A fan used the picture in question and made a picture edit hinting the film’s starcast as Agastya, Shah Rukh Khan and Gauri Khan’s daughter, Suhana Khan, and Boney Kapoor and Sridevi’s daughter Khushi Kapoor.Big B retweeted the fan edit with the caption, “Agastya .. a new chapter begins in your life and there cannot be greater joy among us all .. my blessings my love and my wishes ever .. do well .. AND keep the flag flying !!!”But, given the stringent policies of film production, Big B had to take down his tweet.

Shruti Haasan is back on the sets of ‘Mega 154’

Amitabh Bachchan is the most liked actor among Mumbaikars