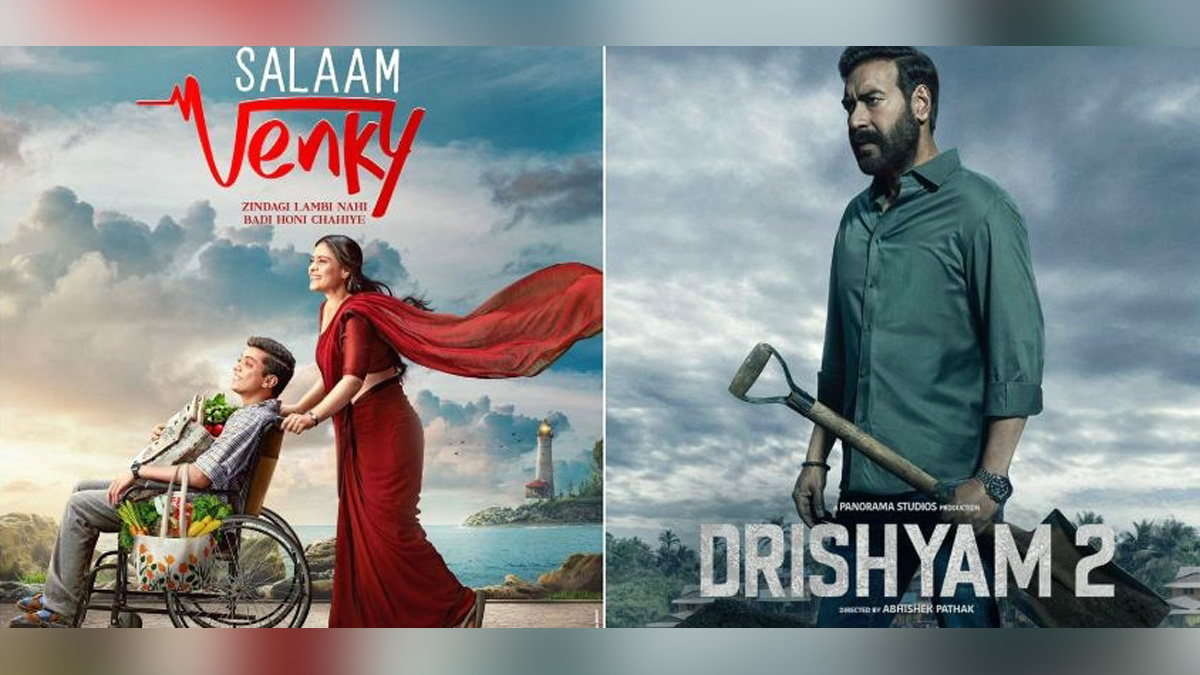 Mumbai : The recently launched trailer of the Kajol-starrer ‘Salaam Venky’ has gained a lot of positive response owing to its heartwarming story and characters. In a new development, the trailer of ‘Salaam Venky’, which has been helmed by actress-director Revathy, will now be attached to Kajol’s husband, Ajay Devgn’s upcoming movie ‘Drishyam 2’, sequel to his hit 2015 Hindi remake of the same name.

The audience, who are extremely excited to watch ‘Drishyam 2’ starring Ajay Devgn, Tabu, and Akshaye Khanna will now have a double treat with ‘Salaam Venky’.’Salaam Venky’, which also stars Vishal Jethwa as the son of Kajol’s character, is a heartwarming story of a mother-son duo that teaches the true meaning of the celebration of life.

The film believes in the ideology of “Zindagi lambi nahi, badi honi chahiye”.Presented by Connekkt Media and produced by Suuraj Sinngh, Shraddha Agrawal, and Varsha Kukreja under the banner BLIVE Productions and RTAKE Studios, ‘Salaam Venky’ is set to release in cinemas on December 9, 2022.

‘I have finally found my groove in cinema’ : Arjun Kapoor