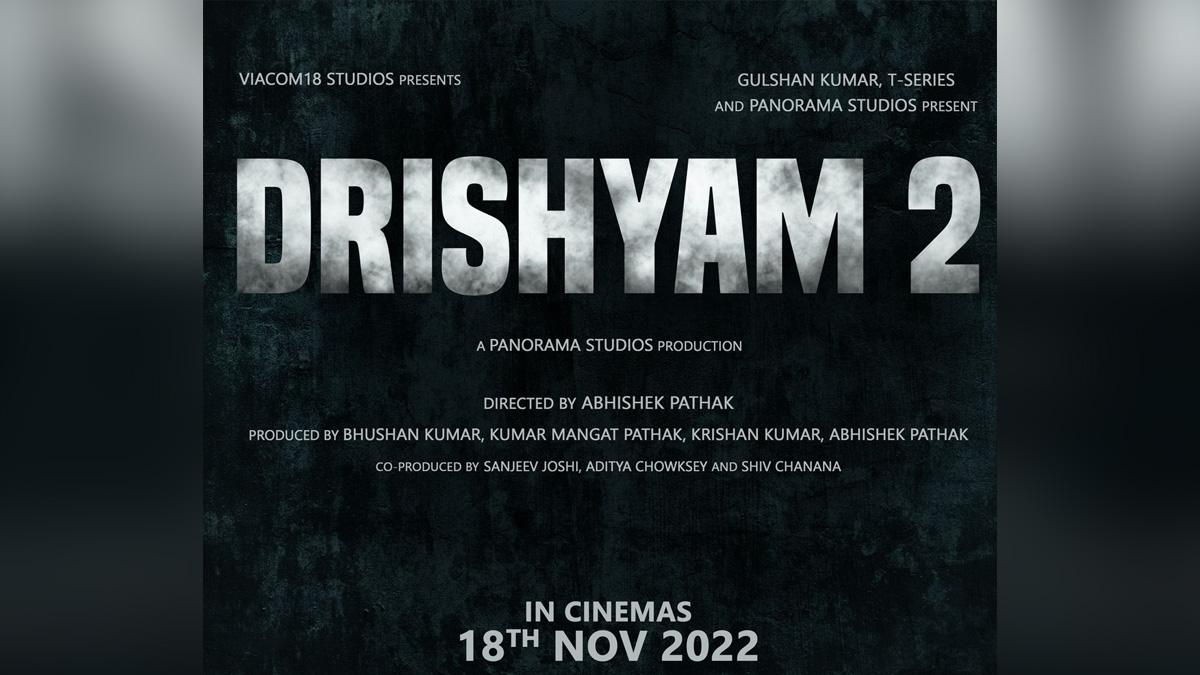 Mumbai : Abhishek Pathak directorial ‘Drishyam 2’ starring Ajay Devgn, Akshaye Khanna and Tabu is all set to hit the theatres on November 18.The movie is a sequel to the 2015 crime thriller ‘Drishyam’, which was a Hindi remake of the Mohanlal-starrer Malayalam movie.

Ajay makes shocking revelation about his phobia of…

It features Ajay Devgn, Akshaye Khanna, Tabu, Shriya Saran, Rajat Kapoor, and Ishita Dutta. The film shoot will wrap up today in Hyderabad.While in ‘Drishyam’ Ajay’s character Vijay Salgaonkar was seen protecting his family after an incident involving his elder daughter created issues for them that led to police investigation.

The makers have assured that the sequel is going to be more thrilling.Ajay will be seen reprising the role of Vijay Salgaonkar in the crime-thriller.’Drishyam 2′ is produced by Bhushan Kumar, Kumar Mangat Pathak, Abhishek Pathak, Krishan Kumar and co-produced by Sanjeev Joshi, Aditya Chowksey and Shiv Chanana.