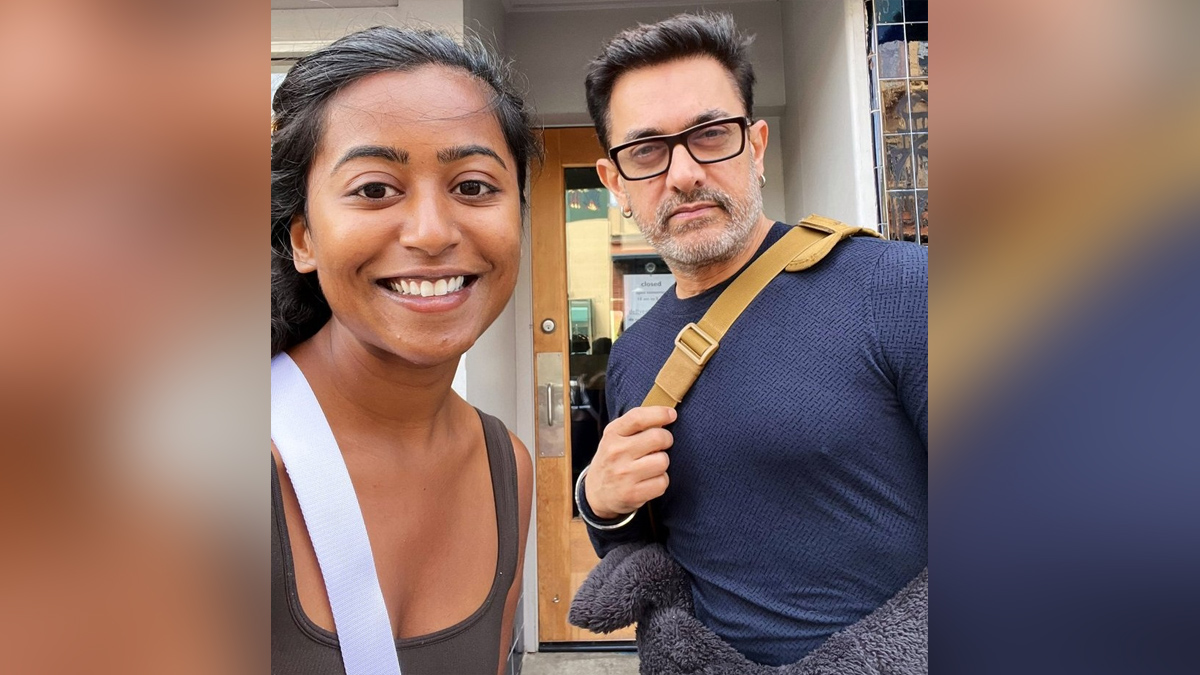 San Francisco : Bollywood superstar Aamir Khan, whose latest release ‘Laal Singh Chaddha’ tanked at the box-office, is currently holidaying in San Francisco.Earlier media reports claimed that the superstar is on a two-month break and is holidaying in the US.

He will start his next film after he is back in Mumbai following his break.A picture of Aamir doing the rounds on social media shows that the actor is currently not in the country.

The photograph has been shared by a fan named Natasha on Twitter, where the two are seen posing for a selfie.She captioned the image: “Yesterday in unexpected unbelievable i’m still unwell twists.”

In the image, Aamir is seen flaunting a salt and pepper look. He looks dapper dressed in a navy blue full sleeved T-shirt. He has a sweater tied around his waist and is seen carrying a beige coloured cross bag.

He kept it casual and completed his look with spectacles.’Laal Singh Chaddha’, which also stars Kareena Kapoor Khan, is a remake of the Hollywood film ‘Forest Gump’ starring Tom Hanks.

Rajkummar Rao feels Thor is the ‘most filmy Avenger