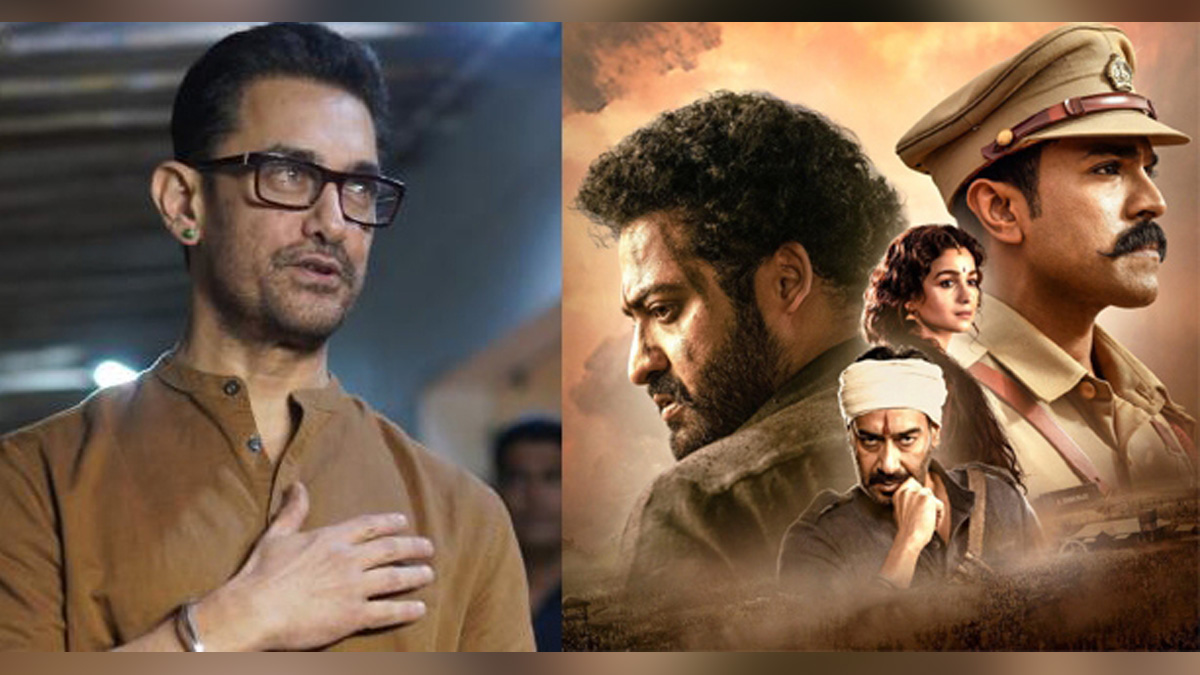 Aamir shared the anecdote recently on ‘Kaun Banega Crorepati’ when he was posed with a question as to which film inspired Rajamouli to make ‘RRR’ during the season premiere of the Amitabh Bachchan hosted show.

Aamir, who graced the hot seat along with Colonel Mitali Madhumita and Major D.P. Singh on the 14th season of ‘KBC’, said that that he may not have watched the film, but knew the answer because, before the release of the film, Rajamouli was at his place and they talked about the film for the whole night.

Interestingly, Aamir Khan had promoted ‘RRR’ in Delhi along with S.S. Rajamouli and his team and on the other hand had also jetted off to Hyderabad to promote and showcase his upcoming film ‘Laal Singh Chaddha’ to S.S. Rajamouli.

Aamir, Colonel Mitali Madhumita and Major D.P. Singh won Rs 50 lakh during the ‘KBC’ episode.Rajamouli’s ‘RRR’ has risen to the ranks of a phenomenal movie as it continues to enthral the audience on OTT after its massively successful theatrical run.

Ankit Tiwari gives another romantic treat to fans with ‘Jaaniya’